The protestors – my 2 cents worth…

Recently while standing outside Unity books with a couple of heavy shopping bags waiting for a bus, the electronic display told me there was no bus due to the ‘protestors’!

Immediately my thoughts turned to what I’d like to see happen to those #*#! people. (You don’t want to know…)

My mind ‘othered’ them. I dehumanised them completely.

But before my anger took me over completely, I stopped and asked myself – ‘was making the protestors the enemy and dehumanising them really the wisest thing to do?’ The answer was a resounding ‘no’ – it was not!

After all, what did I really know about the protest and the people involved? Not much really, other than what’s fed to me by the media.

Yet, over the last few weeks, I’ve watched friendships dissolve over disagreements about the protest, government COVID strategies, immunisations, etc.

I don’t have any words of wisdom for the protestors, the Government, or the police, and I have no idea how to resolve this conundrum.

But whichever side you’re on (and I’m sorry we even talk about sides…) please remember we are all people, and all deserve respect. So if you find yourself in a pending confrontation with friends, colleagues, or family members before you respond, pause and ask yourself – ‘what is my intention?’

Do I want to win, be right, talk over, argue my case, ridicule their opinion, accuse them of being a fool, an idiot, a Trump following white supremacist?

And if I do, what’s the likelihood of that ending well?

How might the interaction change if I tried to understand their position? If I really listened instead of judging and criticising?

I’m not being completely objective here. I have an opinion. It’s just that my opinion may not be your opinion and I respect that.

My point is – that othering, blaming and accusing each other is just another form of violence, (yes, communication can be violent) and it’s not a smart way forward.

If you’ve ever found yourself in conflict with someone, has yelling, locking them in their room, telling them they have to do what you say, do what you want, or playing Barry Manilow music loudly ever achieved anything other than the other party digging their toes in? I thought not.

And using force is never the answer – it’s just a nice word for violence – which will undoubtedly come back to bite us all.

If we can’t resolve this issue without violence in 2022, who are we? What does it say about us? What have we really learnt from the past?

And is what’s happening in New Zealand really that much different to what’s currently happening between Russia and Ukraine.

What kind of minds ever see war (violence) as a remote possibility to manage conflict?

I’ll tell you what I think… (since you’ve read this far) – they can only be people whose minds have lost touch with their own and other people’s humanity. Minds swallowed up by huge egos, driven by power and greed; minds disconnected from their own hearts.

Even as I write these words, I feel my anger rising again!

If I could channel my anger positively I would…

Perhaps I just did? 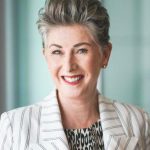